Steer is a Norwegian technology startup that provides advanced autonomous and remote control solutions to any kind of construction equipment. 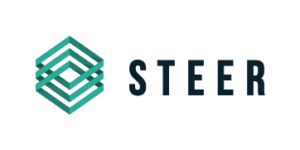 Steer believes fully autonomous construction equipment through other manufacturers will be offered to only the largest construction companies in 5-10 years. This in spite of the efforts through big OEM’s such as Caterpillar, Komatsu, Hitachi and others are making in the field.

Our approach to autonomous construction equipment is to start simple and build the system gradually more complex. Working this way, we have full control and can progressively improve upon the system. Our trusted partner Gjermundshaug, use the products Steer build. This gives us invaluable experience and insight into the area.

It all started in 2010 when we took two Caterpillar 730 articulated dump trucks and fitted them with a semi-autonomous remote-control system. The dump trucks were manually loaded by a remote-controlled excavator, then drove approx. 7 kilometers on their own using high precision GPS before an operator manually took over and dumped the load. Over 30.000 cubic meters of dirt containing explosives were transported this way 24/7 for 3 months. It turned out the semi-autonomous dump trucks far outperformed a human operator (via remote control) when driving the 7 kilometers. Since then – the solution has been rebuilt from scratch – improving it in all aspects.

The system will build upon the Steer Remote Control product – while adding hardware components such as GPS, Radar and Lidar in order to have proper obstacle detection. The system can be used in closed areas such as open pit mines, military cleanup operations, mines and large construction sites.

The first major use of the technology is already being rolled out in a large stone quarry in Norway. The wheel loader operator will not only load CAT 772G trucks – the person will also oversee the automated operation of the trucks as well.